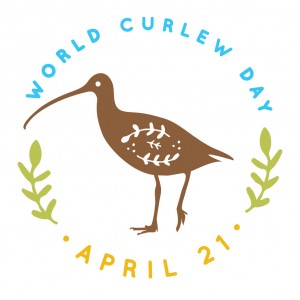 The Irish Peatland Conservation Council (IPCC) will host an event as part of World Curlew Day on April 21st at the Bog of Allen Nature Centre. [1]

While highlighting the plight of the Curlew on Irish bogs, the event will also celebrate the recent return of some of the species to breed on Lodge Bog, Co. Kildare.

Peatlands are extremely important habitats for Curlew, with an estimated 71% of Curlew breeding on bogs and 29% breeding mainly on rushy pasture and wet grassland. (O’Donoghue et al., in prep)

The event will include a Curlew talk and a guided walk to Lodge Bog to observe Curlew territory, look for the birds and listen for their iconic call.

During the World Curlew Day event IPCC staff will discuss the threats to the Curlew in Kildare and the conservation work that is being undertaken to give the Curlew the best chance of survival in Lullymore.

World Curlew Day is used to raise awareness for the eight known Curlew species worldwide, two of which are now believed to be extinct. [2]

Three other species are on the IUCN Red-list of Threatened Species, including the Eurasian Curlew which breeds here in Ireland.

A survey undertaken in 2015-2016 recorded less than 150 pairs breeding in the Republic of Ireland. (O’Donoghue et al., in prep)

Ireland’s breeding Curlew have seen a devastating 96% decline since the 1980’s as a result of habitat loss from forestry, damaging activities on farmland and commercial peat extraction. (O’Donoghue et al., in prep)

Predation by foxes and crows, who thrive in these modified and fragmented landscapes, make it almost impossible for Curlew to rear young chicks.

The situation is so dire that a Curlew Task Force was set up in January 2017 made up of stakeholder groups and experts in Curlew conservation. (O’Donoghue, B.G., 2017)

The IPCC’s work to conserve Curlew on Lodge Bog is supported by Kildare Birdwatch and two local farmers. The work is also part-funded by the Department of Culture, Heritage and the Gaeltacht and IPCC’s friends of the bogs.

For more information contact Katie Geraghty at bogs@ipcc.ie or call 045 860133.

“All the staff and volunteers at the IPCC look forward to the return of the Curlew to Lodge Bog each year. There is also a buzz of excitement within the local community as residents hear the first calls of the Curlew.

“We are privileged to have them in our locality and it is important that we all work together to help them breed successfully so that we can enjoy their company for many more years.

“If no action is taken to help save these iconic birds from extinction and the Curlew continues to decline at its present rate, experts predict that breeding Curlew will be lost within 5 to 10 years.”

[1] Join IPCC on Saturday 21st of April from 2-4pm at the Bog of Allen Nature Centre and discover how you can get involved and help save these iconic waders from extinction in Ireland. The event is family friendly and admission is free.

[2] The Eskimo and Slender-Billed species are believed to now be extinct.